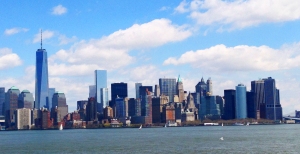 Troubled state and municipal pension funds have been in the news nationally and right here in Tucson. Here is an insightful article about the role Wall Street fees play in pension fund failures. Even Republican Governor Chris Christie is questioning predatory fees charged by Wall Street banks.

New Jersey officials are launching a formal investigation into skyrocketing taxpayer fees paid to Wall Street firms by Gov. Chris Christie’s administration. As Christie has called for cuts to retirees’ pension benefits, his administration has paid ever-bigger fees to firms whose executives have made campaign contributions to Republican groups affiliated with the GOP governor.

The announcement of the new probe followed an investigative series by International Business Times documenting a significant spike in disclosed payments to financial firms.

Despite calls from investors like Warren Buffett for pension systems to avoid high-risk hedge funds, private equity firms and other so-called alternative investments, Christie officials have plowed billions of dollars of pension savings into those investments. They have delivered results that have trailed low-fee stock index funds while sending big fees to Wall Street firms. Indeed, under the Republican governor, the state pension’s disclosed fees have risen from $140 million in 2010 to more than $600 million in 2015.

The Christie administration did not respond to IBTimes’ request for comment about the new probe. A leading conservative group, Americans for Prosperity, issued a statement lauding the announcement of the investigation.

“Both government workers and taxpayers deserve to know why such an incredible sum is being expended every year with the current system in deep crisis,” said Erica Klemens of the group’s New Jersey chapter. “These are dollars that could be funding the system and preventing the state’s pension hole from growing even deeper. The decision by the trustees to look into this matter is the right thing to do.”

The $600 million that New Jersey paid to financial firms in 2015 represented a one-year, 50 percent increase in reported fees.

For the rest of the article, go here.

One thought on “A Look Behind the Scenes: Wall Street’s Role in Troubled Pension Funds”