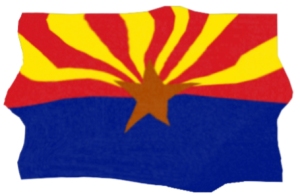 According to the Phoenix Business Journal, Phoenix and Arizona still have not recovered from the housing crash and the Wall Street meltdown as well as the rest of the country.

From the article, Living underwater: Phoenix, Arizona among worst in homeowners with negative equity..

Phoenix and Arizona continue to struggle with negative equity for homeowners, each ranking in the top three of the worst in the nation, according to a study out today by CoreLogic.

Arizona ranked third as a state during the fourth quarter of 2014 with negative equity — defined as homeowners who have a mortgage that is worth more than their home — with 18.7 percent of homeowners owing more than they can sell. Only Florida at 23.2 percent and Nevada at 24.2 percent were higher.

The Phoenix metro ranked second on the list of the worst negative equity markets, with 18.8 percent of homes in the region being underwater. Only the Tampa-St. Petersburg area in Florida was worse at 24.8 percent.

As long as homeowners and workers are suffering financially, our state will not prosper. It’s time to grow our economy… not starve it. When you’re in a hole, stop digging.